Jim and Neenie Jeffers have many passions. Among them are their five children, 13 grandchildren, and 10 great-grandchildren. Their latest is James Arthur Vineyards. It’s their gift to Nebraskans and to the people who visit the Cornhusker state. Jim, who previously owned Quality Pork International, a deli meat manufacturing plant in Omaha, found he couldn’t stay retired. The cornerstone of his business philosophy has always been to provide a high-quality product and first-rate customer service. That credo can be found throughout James Arthur Vineyards. Together, with their family, they founded the winery. While the winery staff has grown, Jim and Neenie’s influence remains. It can be seen in the friendly service guests receive to the quality product they provide. For Jim and Neenie Jeffers, James Arthur Vineyards is merely an extension of their lives and loves.

Jim Ballard had a hunch. The many customers of James Arthur Vineyards are glad he followed it. Jim thought his father-in-law’s farmland, situated north of Lincoln, Nebraska, was fertile ground for growing grapes. With his father-in-law’s blessing, Jim planted several grapevines with the hope that his hobby would someday produce fine homemade wine and something to share with family and friends. It did, and Jim’s hobby took a new twist. James Arthur Vineyards opened five years later. A former broadcast journalist and Master’s graduate of the University of Nebraska-Lincoln In Journalism; Jim is JAV’s head winemaker and still helps with the winery’s daily operations and special events. His goal is to produce award-winning Nebraska wine while providing guests to James Arthur Vineyards with an experience that is educational, exciting and interesting.

Although she considers herself “retired,” Barb Ballard stays plenty busy. Top priority is being Mom to the couple’s three children, Benjamin, Beau, and Edyn. Next comes managing the day-to-day operations of JAV as well as the winery’s gift shop, plus putting in time at the Ballard’s newest adventure, the From Nebraska Gift Shop in Lincoln’s Haymarket. She also coordinates the many special events JAV holds throughout the year and coordinates the tasting room. Not bad for being retired!

Barb graduated from the University of Nebraska-Lincoln with a degree in broadcast journalism. She first worked as a producer for a Lincoln television station then as a talent and casting agent in Omaha. Later, she worked as office manager for her father’s meatpacking plant. Barb stopped working full-time when the Ballard’s were expecting their second child. She came out of “retirement” when her parents started the winery. Her focus now — as it always has been — is family, friends and working with people. It’s the perfect combination.

Born and raised in the Davey, NE area; Josh Rockemann has been minutes away from the vineyard for as long as he can remember. His first days at the vineyard began in the summer of 2000 as a part-time summer job that has since grown into much more. Today, Josh is JAV’s Vineyard Manager, managing and maintaining the nearly 20 acres of vineyards here at JAV. As a 2002 graduate of Waverly High School, Josh enjoyed sports year-round and always found time to slip away for a weekend pheasant hunt with his father. A few years later, hunting is one sport that he has not given up. Along with pruning in the winter Josh enjoys his time in the field. From November to January, he can also be found wandering across a CRP field looking for that perfect shot. Josh’s wife Andrea is also a Waverly graduate and is now a teacher in the Fremont School system. In 2014, Josh and Andrea welcomed their new pride and joy into the world, Benson. Can’t wait to hear about Benson’s first buck!

Meet Mike Spiehs! Mike is director of sales and distribution for JAV and makes sure all our customers across the state can always find their favorite JAV wines in local stores and restaurants. Mike is no stranger to JAV and the Ballard and Jeffers families. Mike was born and raised in Grand Island and is a lifelong friend of our owner, Jim Ballard. Mike also helped out in the tasting room at JAV in the early years, pouring wine on the weekends and helping out with special events. A graduate of UNL, Mike has spent most of his career in the insurance business as an adjuster before he joined JAV. His territory included a good portion of southeastern Nebraska, so he’s familiar with the open road and small town life of that area. However, Omaha has been a whole new experience for Mike, as he is getting used to making his rounds in the big city. No matter where he’s at, Mike’s approach is always the same—a friendly smile, good conversation and the chance to show off his newest passion, JAV wine. Mike now lives in Cortland, where he spends as much time as he can with his true passions – his twins Shandra and Jeanne, and the baby of the family Trina. So, if you happen to see Mike out and about in the JAV van, tell him hello! He might even tell you a good story or two about his glory days with Jim in good old GI!

Julie Zielinski was born and raised in Wisconsin, and although she has called Nebraska home since 1988, she continues to a be a die-hard Badger and Packer fan to this day! Julie joined the From Nebraska Gift Shop family in 1995 as a part-time seasonal sales associate and has never left, eventually working her way up to manager. When Barb and Jim bought the store in 2014, it was a no-brainer that they would ask Julie to continue in that role. Julie loves meeting people from all over the world and telling them about all the wonderful things that Nebraska has to offer. When not hanging out at the Haymarket shop, Julie loves spending time with her husband and her two grown children and soon to be daughter-in-law, as well as playing in the kitchen with new recipes. You never know, you might just get a chance to try one of her new creations when you stop by. Either way, she would love to see you and say hi!

Meet the next generation of winemakers! Beau (left) and Benjamin (right) both spent many of their days at the winery helping out as kids, both in the winery kitchen and on the crush pad. Currently Ben is employed by Famous Footwear in Grand Island, but still occasionally finds himself behind the bar at JAV or at a special event helping pour wine. Beau is a college man at Colorado Christian in Denver, and spent the summer of 2014 putting in many hours at the downtown store as well as behind the tasting bar at JAV. Graduate school is not too far off in his future. Their namesake is JAV’s 2 Brothers, a wonderful semi-sweet white wine made from the best of JAV’s free run juice. Edyn (better known around the winery as Peach) is in High School at Raymond Central and spends a couple nights a week at the downtown store and many Saturdays in the kitchen at JAV. She can still clean a tank or the crusher with the best of them. Of course, JAV’s award-winning wine, Edyn’s Blush, is named in honor of the Ballard’s youngest.

Keep Up on JAV News 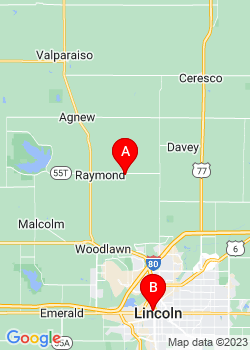